You’ve saved diligently throughout your career, invested those savings prudently, and accumulated a nice nest egg. Now that retirement is within sight, you’re set, right?

For most, the answer is yes. But every investor takes some risk that well-laid plans could go awry. Think about someone who retired in March 2000. Over the next 30 months, the dot-com bubble burst. Many who assumed their investment portfolios would provide reliable retirement income may have had to go back to the drawing board (or back to work) if Social Security and other retirement income sources weren’t enough to cover their needs. Fast forward to October 2007. Those who retired that fall may have felt that history was repeating itself.

These are examples of what’s called “sequence of returns” or SOR risk – the possibility that a market downturn occurring near your retirement date could affect your retirement plans.

Market Declines Are Part of the Landscape

Eventually. Those who can’t stay the course – and it happens – may have to sell at inopportune times, depleting the remaining value of their portfolio and limiting the portfolio’s potential to recover. A double whammy best avoided.

Of course, it’s possible that things will go the other way – you retire just as a bull market begins. And you reap the rewards, provided you’re still an active market participant. It’s understandable that retirees may not want to take the chance. The good news is that SOR is a risk you can manage, and may not have to take at all.

Risk is inherent in investing, and over the long term, stocks have proved to be a reliable way to accumulate wealth. That’s one reason it’s wise to start investing early – the good years have tended to outweigh the bad, and over, say 35 years, investors have generally been able to count on building a nest egg, although past performance may not be indicative of future results.

Timing Matters Most When We Have the Most

Unfortunately, the size of that nest egg magnifies the SOR risk. A 20% or 30% decline in a $2 million portfolio at age 65 hurts more than the same decline in a $400,000 portfolio at age 45, when you are saving aggressively and can attempt to take advantage of dollar cost averaging in down markets. In other words, our SOR risk is greater in the years leading up to and just following retirement because that’s when we feel we’ve got the most to lose. And, since most of us are also counting on making regular withdrawals from our nest eggs to cover living expenses, a significant drop in our retirement portfolios is all the more problematic because we’re depleting a portfolio just as it’s declining.

It’s important to note that SOR risk is different from investment risk, which has to do with how market volatility causes investment returns to vary. You can reduce SOR risk and even eliminate it altogether – with a well-thought-out plan.

Investors who want to guard against SOR risk have a number of options. What’s right for you will depend on your overall wealth, how much of that is in equities, your specific risk tolerance and other personal factors best discussed with your advisor. That said, here are three strategies that can serve as a starting point for the conversation.

“De-risk” leading up to retirement

Conventional wisdom holds that you should gradually reduce your exposure to equities as you age, meaning that you will have the highest proportion of your overall wealth in stocks when you enter retirement. But while it may seem counterintuitive, keeping a smaller percentage in stocks during the decade leading up to retirement and the decade after – and increasing that percentage as you age – actually will reduce SOR risk. Market declines in the years preceding and following retirement potentially can do the most harm, so that may be a good time to “de-risk” your portfolio with a greater allocation to bonds and cash.

Retirees often assume they can withdraw a certain percentage of their total portfolio, increasing that amount every year to account for inflation. Under this formula, a $1 million portfolio and 4% withdrawal rate would provide pretax income of $40,000 in year one and, assuming inflation runs 3% annually, $41,200 in year two, $42,436 in year three and upward from there. However, if your retirement portfolio happens to be shrinking over several years while the absolute amount you are withdrawing is rising, you’re likely to run into trouble. Avoid this by setting a fixed percentage for your withdrawals in each coming year based on the year-end value of your portfolio. The drawback is that you may have flush years followed by leaner years. Alternately, you can establish a “floor” – an amount that can be withdrawn in any market environment to cover your basic needs – and adjust discretionary spending according to your portfolio’s performance.

It’s possible to eliminate SOR risk completely by determining how much you need in retirement and creating a portfolio of fixed-income assets and/or annuities that will produce that amount annually. This approach creates what’s known as a liability-matching portfolio – the income generated by your fixed-income holdings equals (after taxes) your liabilities (expenses). This usually means creating a bond “ladder” – a series of bonds that mature in ascending years and are reinvested upon maturity. If you’re fortunate enough to have funds left over after matching your income and liabilities, you can invest in riskier assets – usually stocks. This approach can be attractive when interest rates are rising because the amounts reinvested from bonds that are maturing may earn a higher rate of return. If push comes to shove, it may also be possible to live more conservatively off the interest generated from your bond portfolio, leaving the principal untouched.

Past performance may not be indicative of future results. There is no assurance that any investment strategy will be successful. Annuity guarantees are based on the claims paying ability of the insurer. The market value of fixed income securities may be affected by several risks including interest rate risk, default or credit risk, and liquidity risk. The S&P 500 is an unmanaged index of 500 widely held stocks listed on U.S. market exchanges. An investment cannot be made directly in the index. The performance mentioned does not include fees and commissions which would reduce an investor’s performance. Dollar cost averaging does not assure a profit and does not protect against loss. It involves continuous investment regardless of fluctuating price levels of such securities. Investors should consider their financial ability to continue purchases through periods of low price levels. 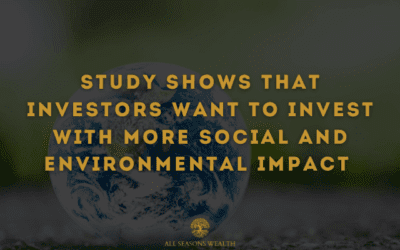 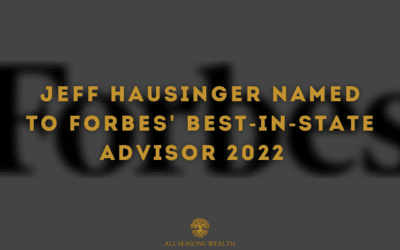 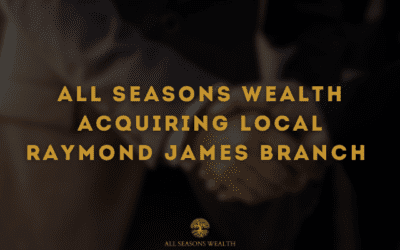