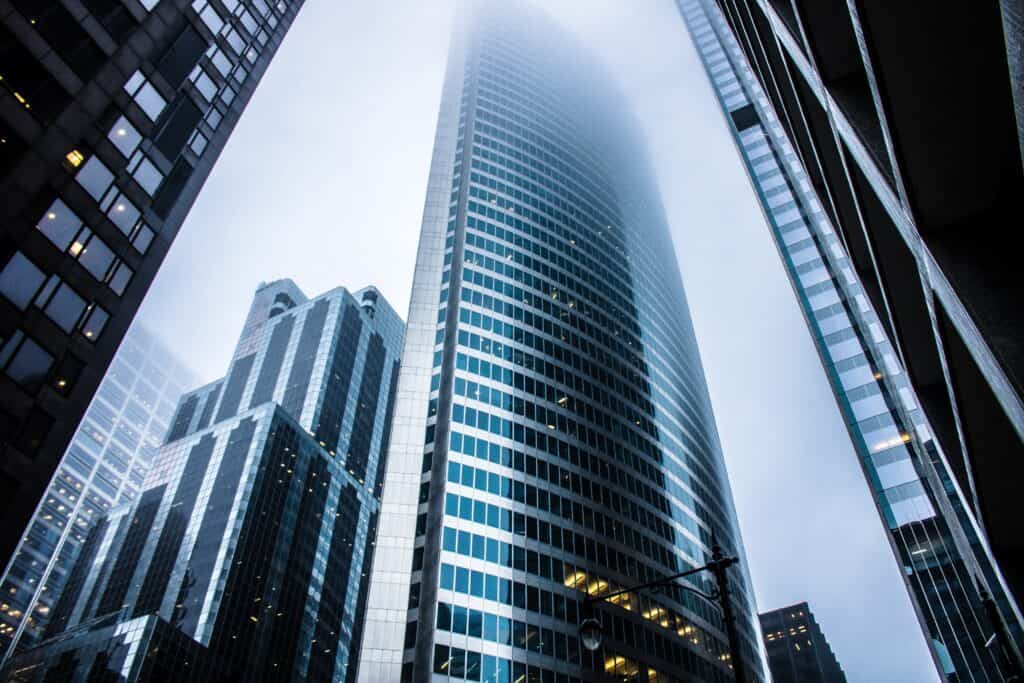 Predictably, reaction in the bond market was swift with yields plunging and prices of bonds rising.  Yields on 10 year treasury notes are now at their lowest level since last September near 3.40%.  Even 2 year treasury notes, now near 4.10% appear to be discounting a possibility of rate CUTS in the not too distant future (perhaps late 2023/early 2024).

Early reaction in equities was positive since those were reacting to the decline in rates.  However, once the short-sighted short-term traders realized the a deteriorating economy will negatively impact corporate earnings, the earlier buyers of stocks then reversed course and started selling.  Currently the DOW JONES is lower by about 350 points.

On a positive note, weekly mortgage applications experienced a signification jump due to recently declining rates.

The treasury yield curve (as measured by 2 year T-Note vs. 10 year T-Note) remains inverted by near 70 basis points.  The 10 year treasury note is inverted to the 6 month treasury bill by near 140 basis points with 6 month T-Bills still yielding near 4.80%.  This is the most significant inversion since the early 1990’s surpassing the inversion from the 1990’s “tech wreck” recession as well as surpassing the inversion from the Financial Crisis recession.  This would suggest that a significant event will cause the current inversion to reverse course.  One possibility could be a much deeper recession causing the FED to reverse course quickly by cutting rates aggressively thereby bringing short-term rates back down sharply.   There is precedent for this based on previous rate hiking cycles (reference the 2nd chart below).  That is not my base case at present albeit I do believe we’ve seen the highs in longer-term yields.

5 year non-callable FDIC insured CD’s that as recently as October 2022 could have been purchased at yields near 4.75% are now priced around 3.75%.  CD’s that are “callable” can still be purchased near 4.40%, however, with the current higher coupon rates if rates were to decline a year or so from now those CD’s would very likely be called and the investor would be forced to reinvest at lower rates.

Because the municipal bond yield curve remains positively sloped, even with the recent higher prices/lower yields I remain upbeat when it comes to prospects  for the tax-exempt market this year.

The next FED meeting will be at the beginning of February with the policy announcement occurring on February 1st.  Consensus as of this writing is for a 25 basis point increase taking the Federal Funds target rate to 4.75%.  Given recent weakening economic data and falling inflation, if Chairman Powell makes any reference during the press conference to the idea they may soon be done with rate hikes I would expect short rates to decline with perhaps the biggest impact to 2 year treasuries as we transition from rate hikes to no more rate hikes and then to possible rate cuts.

Please don’t hesitate to let me know if you have any questions or comments.

The foregoing information has been obtained from sources considered to be reliable, but we do not guarantee that it is accurate or complete, it is not a statement of all available data necessary for making an investment decision, and it does not constitute a recommendation. Any opinions are those of the author and not necessarily those of Raymond James. Expressions of opinion are as of this date and are subject to change without notice. There is no guarantee that these statements, opinions or forecasts provided herein will prove to be correct.  Investing involves risk and you may incur a profit or loss regardless of strategy selected. Charts/graphs are for illustration purposes only. Treasury notes are certificates reflecting intermediate-term (2 – 10 years) obligations of the U.S. government. Investments in municipal securities may not be appropriate for all investors, particularly those who do not stand to benefit from the tax status of the investment. Municipal bond interest is not subject to federal income tax but may be subject to AMT, state or local taxes. The Dow Jones Industrial Average (DJIA), commonly known as “The Dow” is an index representing 30 stock of companies maintained and reviewed by the editors of the Wall Street Journal. Keep in mind that individuals cannot invest directly in any index, and index performance does not include transactions costs or other fees, which will affect actual investment performance. Past performance does not guarantee future results. Brokered CD Rates expressed as annual percentage yield (APY) as of 1/18/2023 and are subject to availability. Minimum purchase may apply. Brokered Certificates of Deposit (CDs) purchased through a securities broker and held in a brokerage account are considered deposits with the issuing institution and are insured by the Federal Deposit Insurance Corporation (FDIC), an independent agency of the US, Government. About FDIC Insurance: Currently, the FDIC limits the insured amount (including principal and interest) for all deposits held in the same capacity to $250,000 per depositor, per insured depository institution and $250,000 for certain retirement accounts. Therefore, excess holdings may not be insured. About Liquidity: Funds may not be withdrawn until the maturity date or redemption date. However, the brokered CDs are negotiable, which means that, although not obligated to do so, Raymond James and other broker/dealers presently maintain an active secondary market at current interest rates. Market value will fluctuate and, if the CD is cashed out prior to maturity, the proceeds may be more or less than the original purchase price. Holding CDs until term assures the holder of par value redemption. CDs are redeemable at par upon death of beneficial holder. For detailed overview of these and other risks refer to the Certificate of Deposit Disclosure Statement at raymondjames.com/liquid.htm. Additional information is also available on the SEC Certificates of Deposit: Tips for Investors website at sec.gov/answers/cds.htm.  Callable brokered CDs are callable at the option of the issuer. Please contact your financial advisor for complete information about brokered CDs, including charges and expenses.